The world of Million on Mars just got bigger!

She can’t be serious about buying a homestead on Mars. Moving to Mars is something people say they would like to do, like water skiing, without ever thinking they might have to accept an invitation.

‍Jesse didn’t think Marisol would get the internship, but she did, and now she’s got an offer for her dream job with Brouhaha, the company that makes the miracle building material Metis Shield. She’s working on Mars at the facility where they process the only known deposit of the newly found metal, Metis, in the entire galaxy.  His best friend Sasha is on his way to a great life on the new frontier, too. Jesse’s running out of excuses for not buying his ticket on the rocket, but they come down to: he doesn’t want to, and he can’t afford it.

He has a secret, though. A unique family history, captured in a centuries old diary, that might hold the key to finally breaking free of the LeBou "family curse." With a little help from Marisol and his friends, Jesse plans to stake a claim, make a fortune, and bring Marisol home…

Unfortunately, neither Jesse nor Marisol realize they’re stirring long-simmering resentments from before they were even born, among powerful people, each of whom is determined to control the fate of the newly settled Mars.

Book 1 will be released as it progresses, chapter by chapter. With each chapter installment, a feature NFT illustration will release along with curated digital art and visual effects from our video series, all in a collectible Art Pack! The NFTs inside  come in 6 variants, including Common, Uncommon, Rare, Epic, Legendary, and Mythic rarities.

Players of the hit play-to-own game Million on Mars will get access to exclusive sneak peeks of the novel in progress. As they claim Art Packs, players will be able to deposit their Chapter Art in-game, unlocking the readable chapters and a whole new view of the world on Mars. 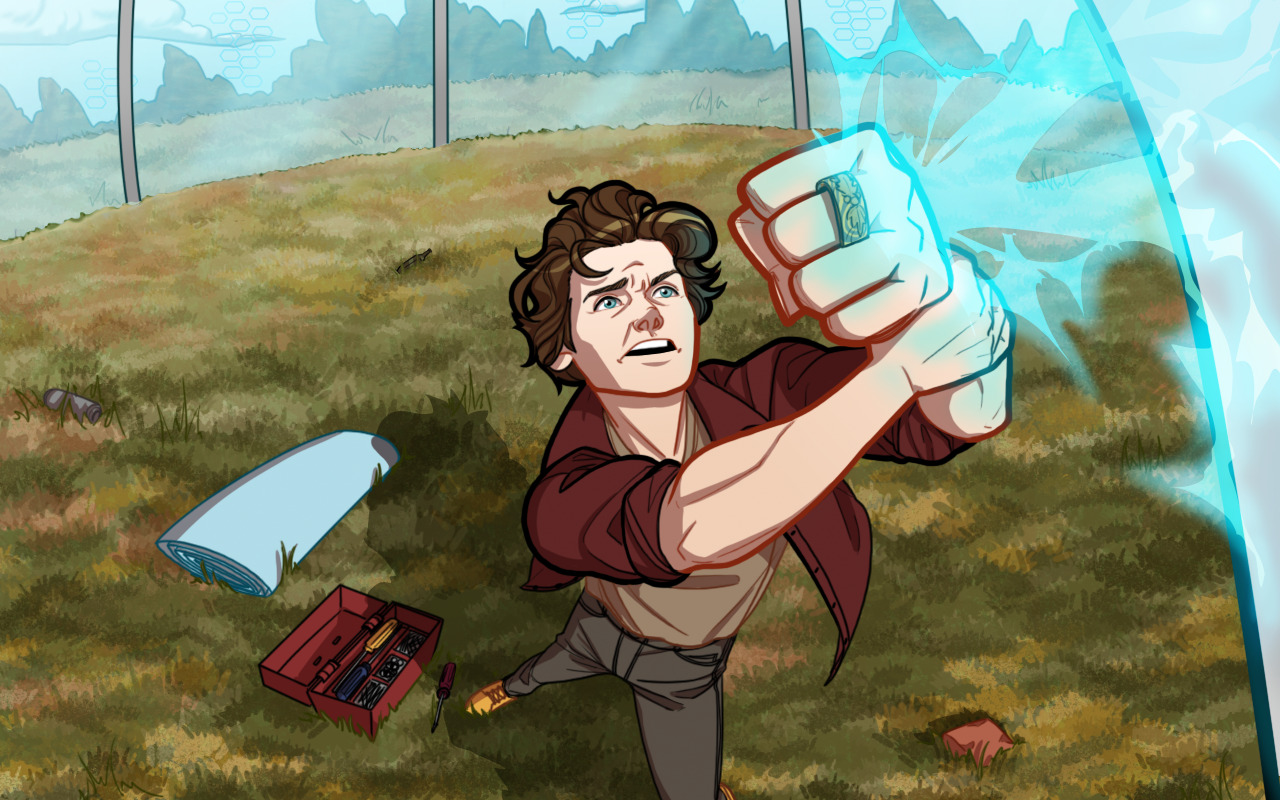 September 2069. Jesse LeBou just wants to be with Marisol, and she just wants to be on Mars. He’s stalling for time before buying his ticket on the rocket to the red planet, living with his Dad, Danny, and helping to repair his house for sale. An unexpected tragedy unearths a long-buried family secret. 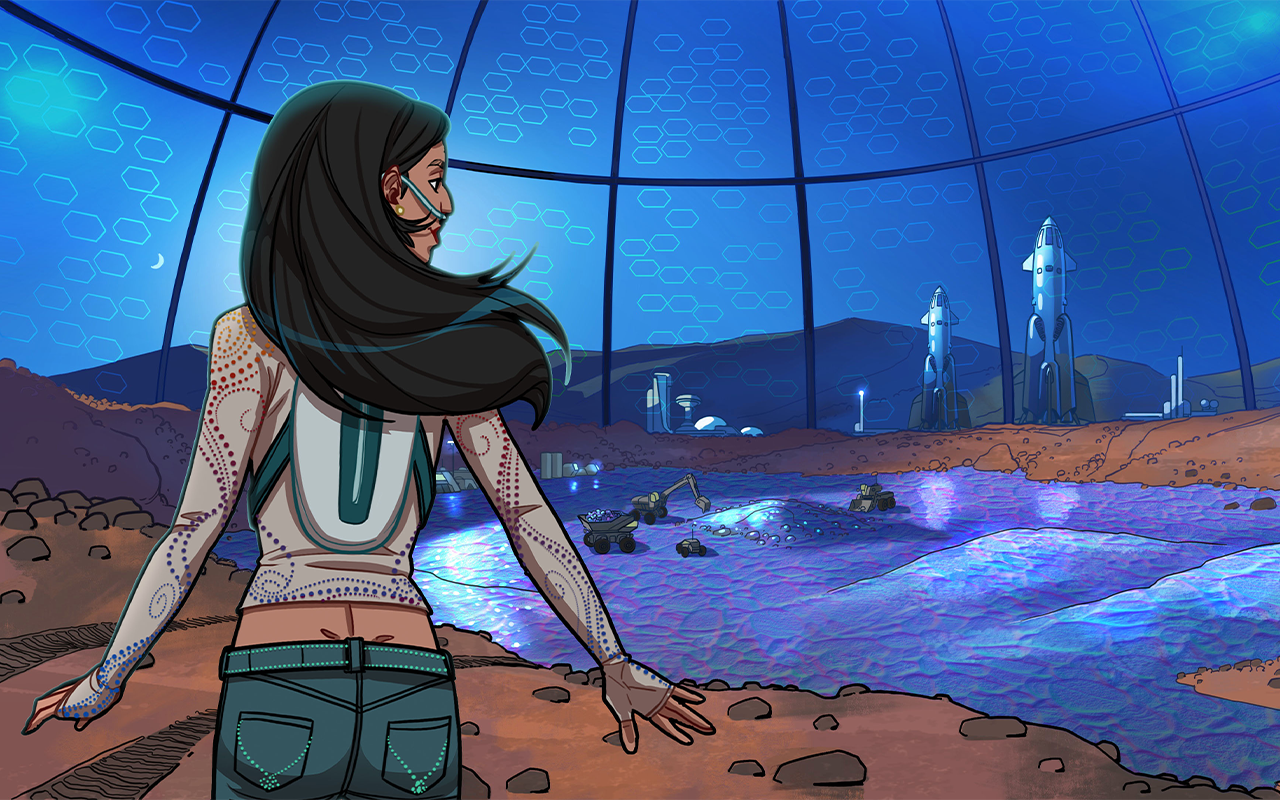 September 2069. Marisol's made it. She's been dreaming about Mars for as long as she can remember. To make a new life on the red planet that's been staring back at her for so long. But right after she arrives, something happens with Jessie's ring on earth and the job she signed up for... well, it's not exactly what she was expecting. 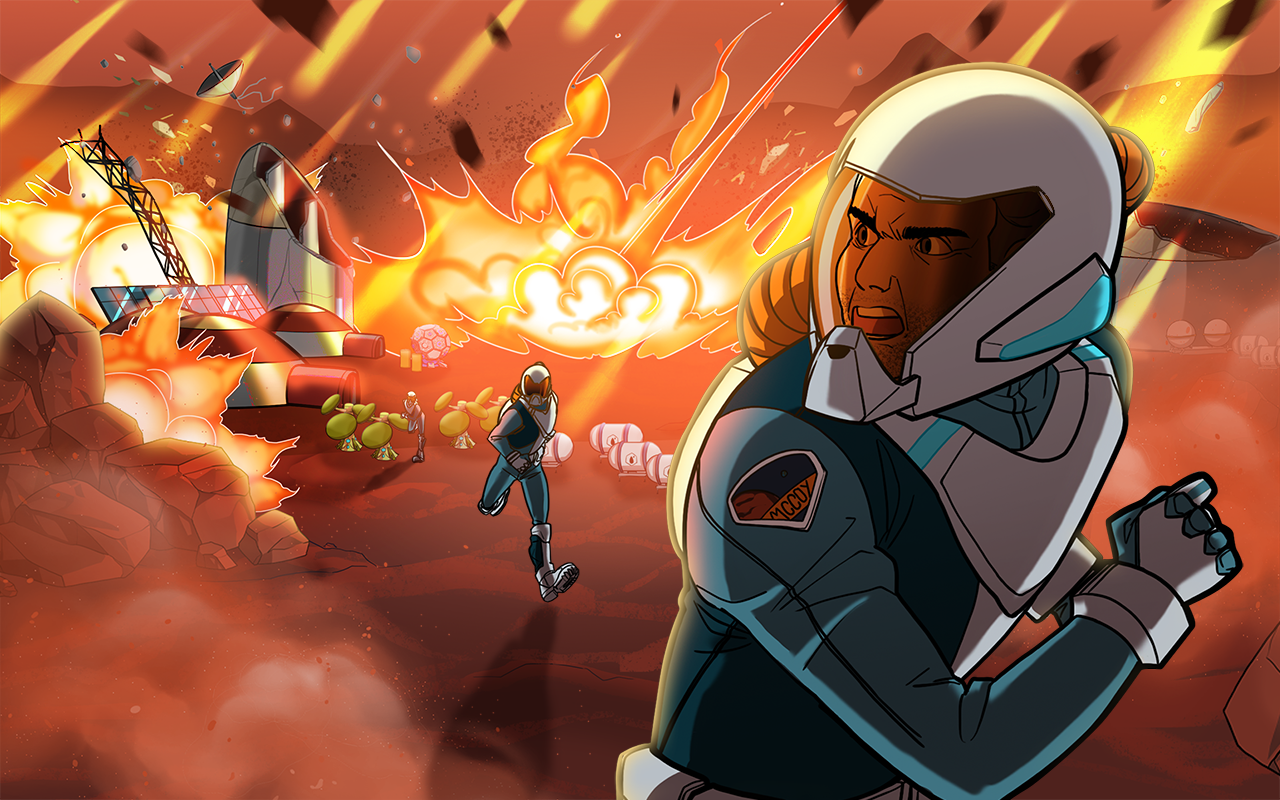 July 2031. NASA astronaut Beto McCoy has capped a lifelong series of achievements when he is selected to join the first human expedition to Mars. The experience isn't what he imagined, though. Caught in a dangerous battle between the US government and the private space industry, he's questioning the mission and on a collision course with his commander. When disaster strikes on the red planet, nothing else matters but getting home alive… 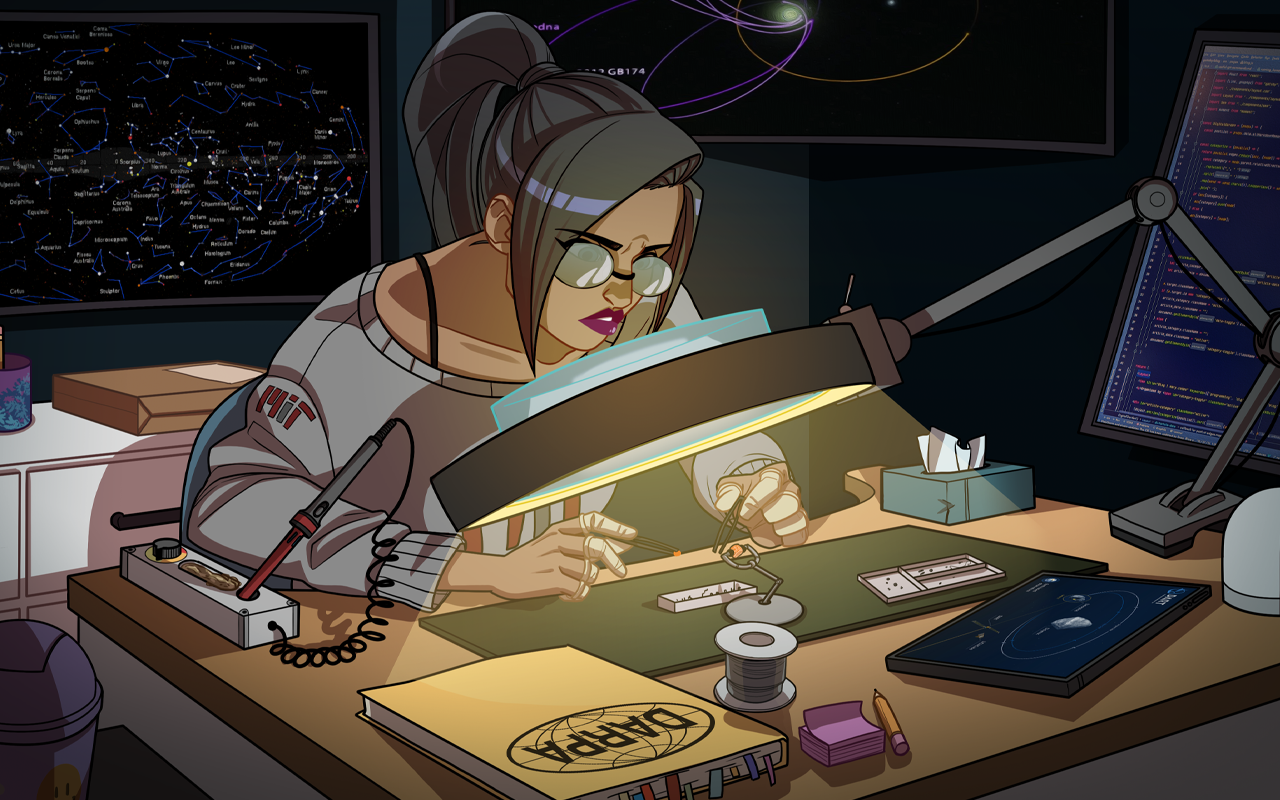 2032. Aerospace engineer and computer scientist Velma Patel is just getting started on her career passion,  mapping and mining asteroids. She’s getting to work on ARU-II for US Space Force, which is a dream. But political forces beyond her imagination have an agenda she knows nothing about. If she’s not careful, she’ll become a pawn in their game… 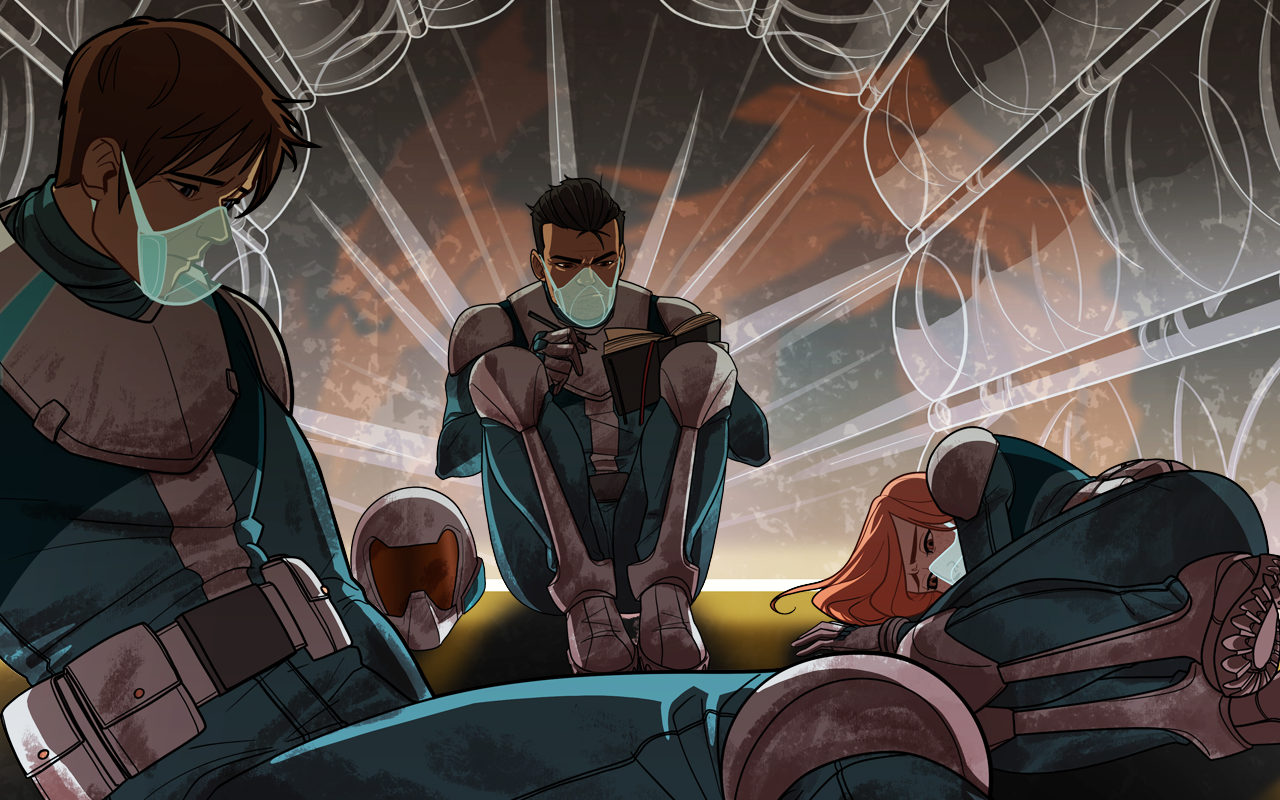 November 2032. Following a catastrophe on Mars, Beto locates the surviving astronauts and guides them in a quest to leave the planet. They needed to locate a temporary shelter where they could stay for the following five months after a number of unsuccessful attempts to escape. It turned out that such a shelter was only a lava tube. Will they be able to live and escape - everything is now in Beto's hands… 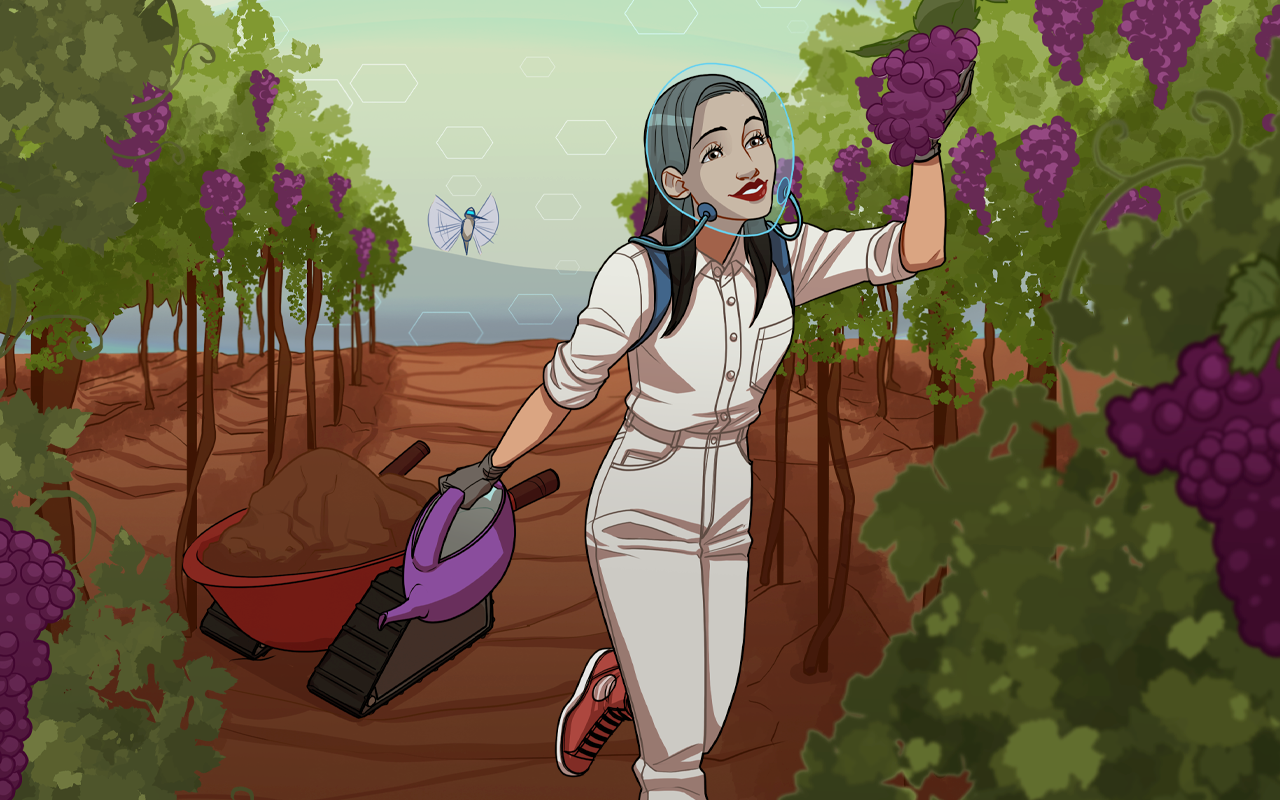 2070 - Marisol is enthralled with all things about life on Mars: her job, her friends, and the growing cultural scene in Waterloo. She’s helping Jesse with his treasure-seeking boondoggle back on Earth, but they are quickly reaching a crossroads. The secrets she’s learning are giving her access to a world beyond what she’d ever imagined, but at a cost that may be higher than she realizes… 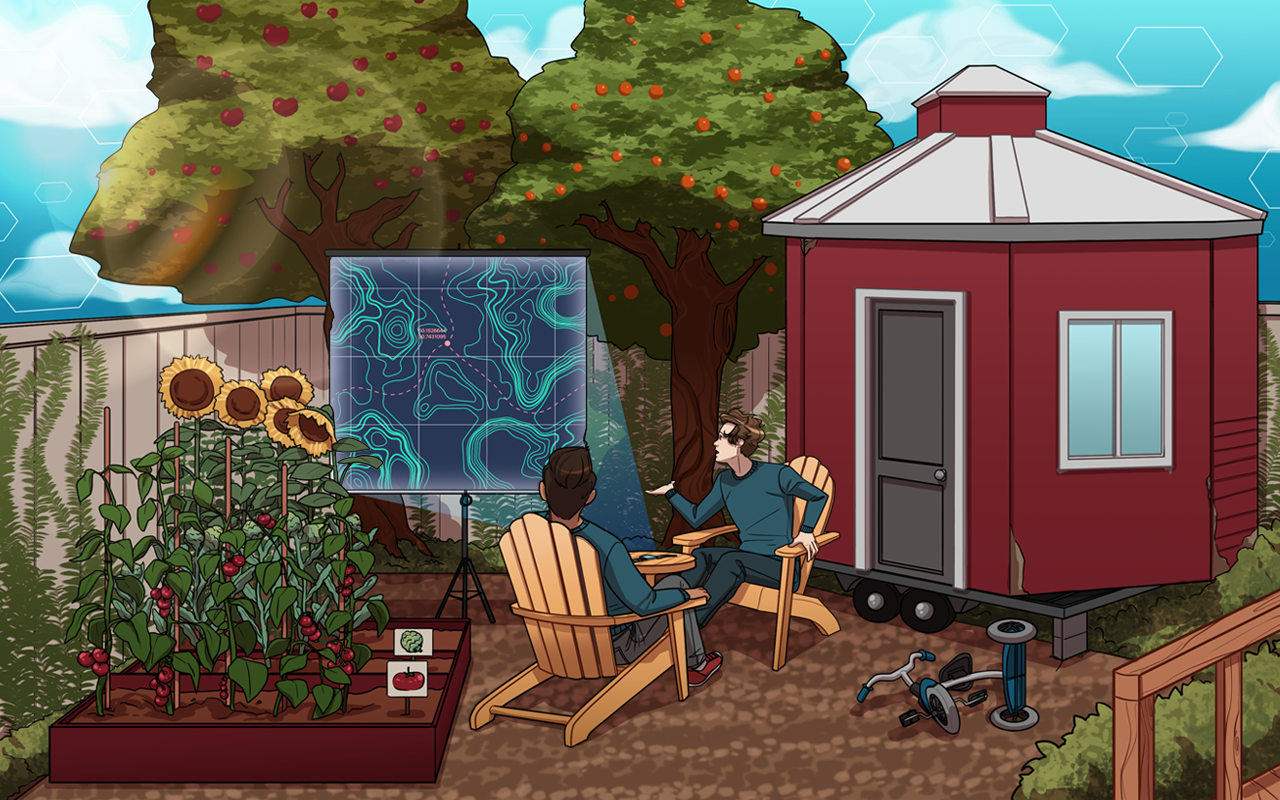 Jesse and Larrabee have a plan to find an immense treasure. They’re going to trek deep into the Buffalo Commons National Park, with as much help from their friends as they can get. Trusting the wrong person, though, may cost Jesse more than money. 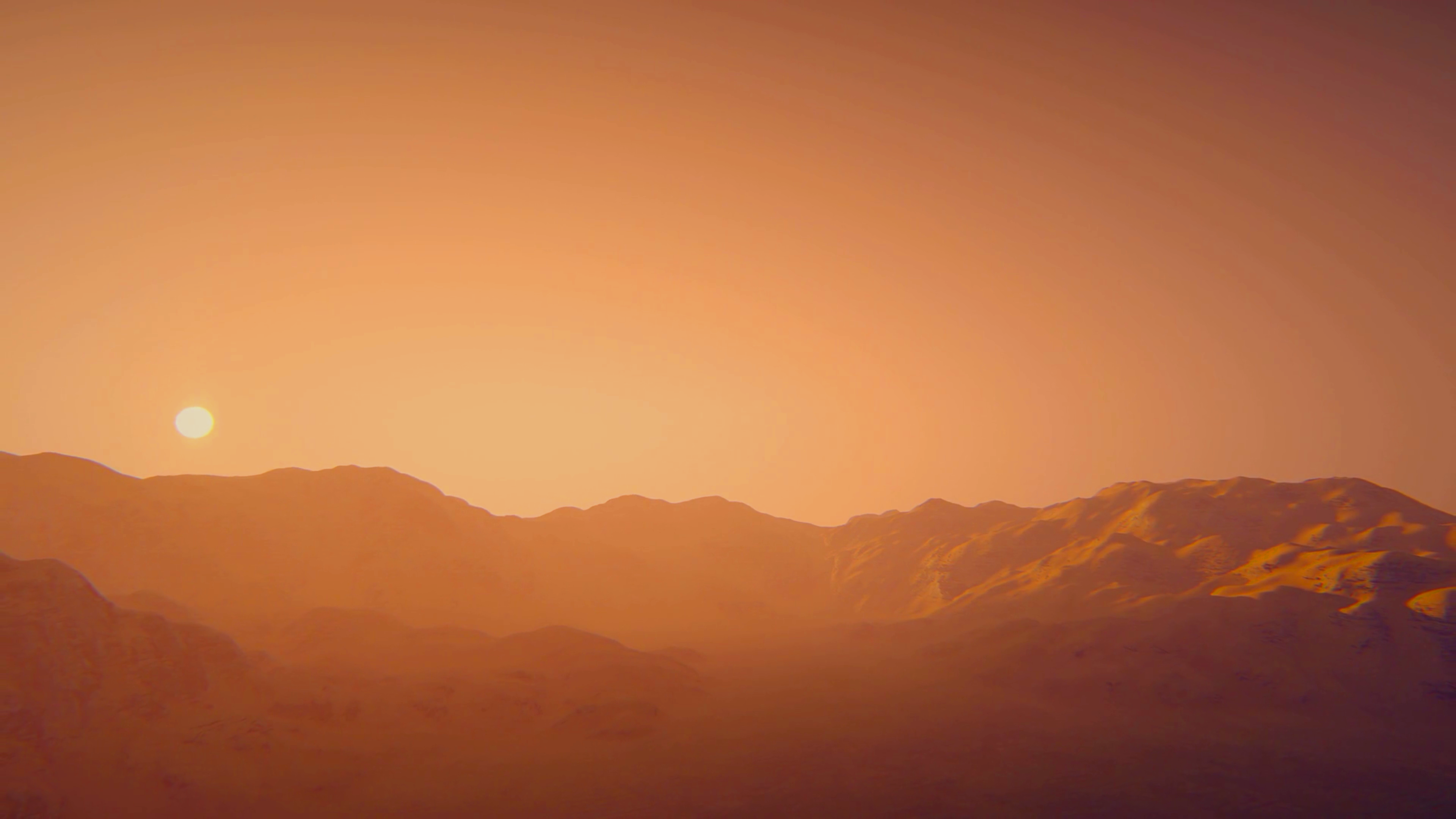